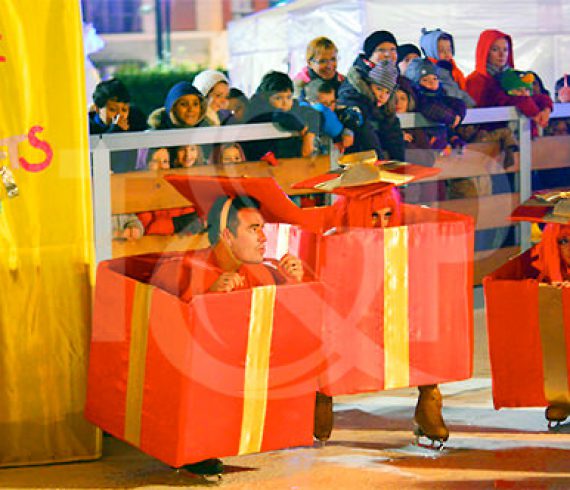 January 26, 2017· · tags: artist, bonifacio, christmas, corsica, event, france, ice skate, ice skating, show, skater
For the Christmas holidays, the beautiful town of Bonifacio (Corsica, France) welcomed a skaters team within its walls.   The team, of international scope, has been trained by the greatest skating coaches and has bewitched all the spectators present there thanks to their creativity and talent.   What a magical moment ! Read More

Launch of penguins from Madagascar in Paris, France

December 19, 2014· · tags: french movie launch, ice skaters, ice skating, movie launch, paris movie launch, penguins
We had fun on the launch of the movie “Penguins from Madagascar” in Paris, France.   Penguins of Madagascar is a 2014 American 3D computer-animated action comedy film,produced by DreamWorks Animation and distributed by 20th Century Fox. It is a spin-off of the Madagascar film series.   The launch of the movie took place on the ice rink of the “Hotel de Ville” in Paris. For this very special occasion, we brought our ice skating team dressed as penguins. We had the surpise to see that Nathalie Pechalat, the ice skating star, was also part of the event.   A great event with more pictures to follow on our FACEBOOK account. Read More